From 2014 the society started looking at ways to mark the centenary of World War I. Using sources from Bexley Local Studies and Archive Centre and contributions from the public and society members, we have been investigating daily life for local residents during the period of the war. On 17 June 2014, a guided evening walk of Sidcup highlighted significant parts of the town with particular emphasis on the Queen’s Hospital where Sir Harold Gillies began his world renowned facial reconstruction surgery on injured soldiers.

In April 2016 Lamorbey and Sidcup Local History Society was awarded £10,000 by the Heritage Lottery Fund for a project called 'Sidcup's Home Front in the Great War'. Awarded through the HLF's First World War Then and Now programme, the project focused on life for local residents during 1914-18 and the opening of the Queen's Hospital in 1917. This has resulted in the production of a booklet 'Sidcup's Home Front in the Great War' which has a foreword by Rt Hon. James Brokenshire, MP. Copies can be downloaded below. 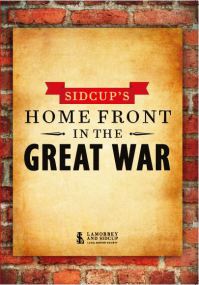 People have been extremely generous by making donations to the Royal British Legion when picking up a copy of 'Sidcup's Home Front in the Great War'. We are delighted to say that so far £931.42 has been raised from donations made at St John's Church, Urban Food, Queen's Mary's Hospital Family Fun Day and others. Well done everyone! 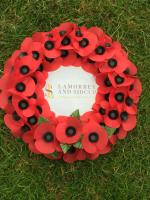 Lamorbey and Sidcup Local History Society had a stall at Queen Mary's Hospital Family Fun Day on 9 September 2017. The event marked the centenary of The Queen's Hospital and it was a great opportunity to distribute copies of our new booklet!